It was Vacation Bible School 2014.  The theme was Agency D3.  You may have walked that road with me.  Is the theme song running through your head yet?  (Sorry).  And our small, rural church in Indiana was blessed with almost 100 kids!  It was a great week.  Probably one of my favorite themes ever.  We had a great response from kids and volunteers.

I packed up VBS.  It felt almost like it took as long to pack up as it did to plan and get out.  But I know it didn’t.  I was just ready to move onto the next thing.

Fall rolled around and so did our Family Night kick-off (midweek services).  In the past, I had used the VBS registration forms to send out a postcard inviting kids who attended VBS to join us for Wednesday nights.

And I had a great response.  Almost 100 kids knocking down the church doors to get in on Wednesday nights.  NOT!  Actually, I had no response.  Nada.

In the busyness of fall 2014, I made the easy decision to not send out postcards to the VBS attendees.

But a few days later, my senior pastor asked me to do just that.  I said yes.  Maybe even a little grudgingly.  I’m sure that I put the postcards together and then delegated the addressing and mailing to the church secretary.  She was always so gracious to do anything like that to serve anyone on staff.

And  promptly forgot the postcards.  But one little quarter piece of cardstock with a few words and a picture on it landed in the hands of Eric.  And Eric jumped on the opportunity.  He talked to his mom about it.  And she was easily convinced.  She wanted her kids in a church program as much as Eric wanted to attend one.

The first Family Night rolled around and I was introduced to a blonde boy with jeans and boots. 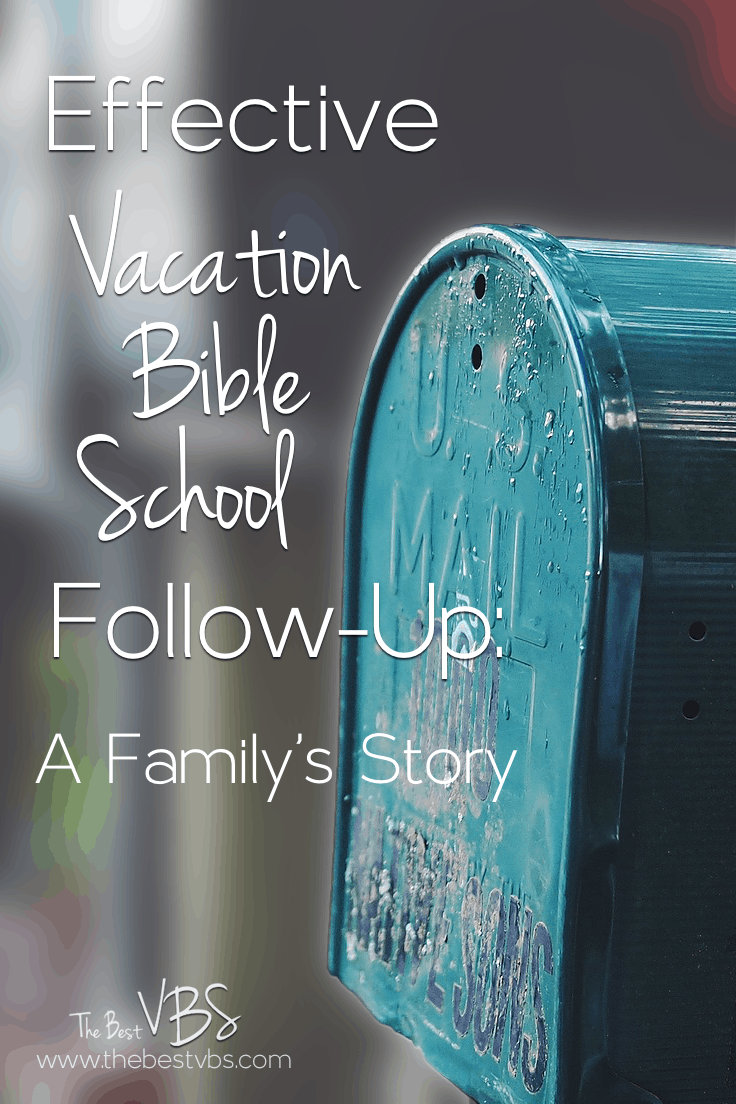 Eric’s mom explained that he attended VBS and received a postcard inviting him to church again.  He was so excited to be there.

Eric jumped right into our first through fifth-grade group.  He began to ask questions, received a new Bible for his birthday, and started to be proficient in using it.  Throughout the year, Eric would use a notebook to ask me questions (an option I have for all my kids).  He would write out questions related to our lesson, unrelated questions, and finally questions about what it meant to put his trust in Jesus.

On the last night before our summer break, Eric and I sat down and discussed the gospel and what God had done for him.  Shortly after that, Eric put his trust in Jesus!

In the meantime, Eric’s two sisters and brother had also started coming to Family Night.  They were faithful in the youth group and had volunteered to serve at VBS the following year.  Eric and his sisters were also able to attend camp that summer.

And then I
moved.  It was hard to say goodbye to Eric and his family as they had become very dear to me.

Within a month of my move, I received news that Eric’s uncle had passed away.  This was a surprise to the family and very difficult.  Eric’s parents, Darrin and Dana were challenged to get their family back in church again.  The obvious choice was where their kids were already involved.

The obvious place to go to church was where their kids were involved. #VBS #KidMin

They began attending and haven’t stopped.

In January 2016, Eric began asking his parents about baptism.  Dana and Darrin had both put their faith in Christ earlier in their life, but had never been baptized.  Dana knew that it was something she should do, but had just put it off.  Eric’s desire prompted Dana and Darrin to choose to join Eric as he was baptized.

When they met with the senior pastor, he asked if any other family members wanted to join them.  Throughout events and the course of the year, each person in their family had put their faith in Christ.  And each person decided to be baptized.  Darrin.  Dana.  Dustin.  Emily.  Valerie.  Eric.

Eric and his family became members and are looking forward to serving the body.  I was visiting the Sunday that they were voted in as members.  What a wonderful blessing to see fruit from a simple VBS follow-up postcard.

It is vital to continue what VBS began with those who attended.  You have been given a great gift of names and addresses of kids and families who have already been exposed to your church.  They might just be waiting for the invitation to join.

One of the things that held me back from VBS Follow-Up (and the reason I wasn’t going to send a postcard this particular year) was not knowing how to effectively do VBS Follow-Up.

Maybe you can relate to that.  The Best VBS is pleased to be offering an email course on Effective VBS Follow-Up.  Check out more information here!

One thought on “Effective VBS Follow-Up: A Family’s Story”

Looking for Information About…